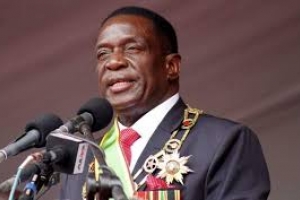 His Excellency President E.D Mnangagwa
President of the Republic of Zimbabwe

Your Excellency, we refer you to our letter dated 2 February 2018 in which we were asking your good office to intervene in the long drawn battle between Hwange Colliery and spouses of Hwange Colliery workers.

While you sent your Home Affairs Minister to try to find a solution, the dispute is far from over. The women have vowed to stay put until their husbands are paid. We believe such cases can best be handled by the Minister of Labour.

Despite being at fault, the management at Hwange Colliery is acting arrogantly by refusing to meet the striking spouses and had the temerity to approach the courts to seek permission to disperse the strikers. To add salt to injury, the management unliterary deposited an average of $200 in the accounts of workers. This is an insult.

Your Excellency, as stated in our letter of 2 February 2018, the workers have not been paid for the past four years and as a result, their families are suffering. They cannot access medical care, education and any other services that require money. The majority of workers have defaulted on contractual payments for residential stands, insurances and other obligations due to none payment of their salaries. There is also high level of victimization if workers ask for their salaries or anything related to their conditions of service, hence the resolve by their wives and the community to demonstrate on their behalf.

We implore your office to intervene as a matter of urgency. We also reiterate that we are prepared to avail ourselves to you to discuss the plight of these suffering workers.