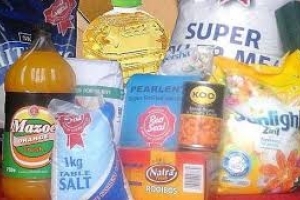 Today the Zimbabwe Congress of Trade Union (ZCTU) wrote to the Minister of Public Service, Labour and Social Welfare, Dr Sekai Nzenza, on the need to address the current hardships facing workers and Zimbabweans in general due to escalating prices of goods and services or face a crippling national strike.

The Minister was given seven days to intervene, failure of which the labour body would mobilise Zimbabweans into national strike.

Of great concern to the ZCTU are the shocking massive price hikes that have affected almost every basic commodity, worsening the plight of the already struggling masses of Zimbabwe. Most workers, who earn an average of $300 per month, are now resorting to walk to their workplaces as they can no longer afford transport fares.

The ZCTU demands include:
- The introduction of measures that curtail the current price hike madness
- Scraping off the 2 cents tax on every dollar transacted as it has impoverished Zimbabweans
- Workers be paid in United States Dollars

We are also calling on all Zimbabweans and other likeminded organisations to wait for the 7 days after which the form of the action would be announced. This is a fight by Zimbabwe against suffering and the ZCTU is prepared to take leadership in the fight against poverty.