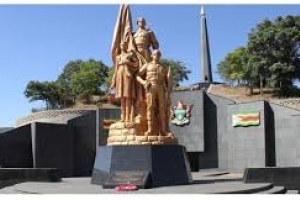 The Zimbabwe Congress of Trade Unions (ZCTU) joins the rest of the country in marking the National Heroes and National Defence Forces Day. We take cognisance of the significant role our freedom fighters played to liberate the country from the evil minority rule. We also cherish the role played by the gallant defence forces in protecting our independence.

As the nation celebrates these two important days, we also note with sadness that some of our heroes and heroines continue to live in abject poverty and their lives do not reflect what they fought for. There are also some who live flashy lives from ill-gotten riches who use their position to loot from the state. Yet there are some who are being persecuted for speaking out against the ruling elite.

It is the ZCTU’s wish that the Zimbabwe National Liberation War Veterans Association be non-partisan for it to represent every war veteran. For we believe that war veterans fought for everyone, regardless of a political affiliation. The war veterans themselves have a right to belong to a political party of their own choice. The situation that has been prevailing in the country where some war veterans were being used by one political party to subjugate the nation must be a thing of the past. It created a very bad image of our war veterans. Today most people associate them with rowdiness, murder and violence. It is time they work to restore their battered image. They should be emulated rather than being feared and despised.

In the same vein, we note with consternation the recent utterance and public spat between the Minister of Higher and Tertiary Education and the commanders of the army and air force. Our defence forces must never be involved in party politics. If they want to join politics, they must remove their uniforms.

The ZCTU is also worried by reports of massive corruption in the police force, particularly from those in the traffic section. There has also been an outcry about the number of roadblocks that are being mounted by the police to extort money from members of the public. Such actions destroy the entire image of the police.

At the same time the ZCTU urges the police to be nonpartisan and not apply the law selectively. There are a number of cases where political party thugs are left scot-free because they belong to the ‘right’ party and in some cases it is the victims that are prosecuted.
Once again, the ZCTU takes this opportunity to urge freedom fighters and those in the defence forces to revert to their founding principles in carrying out their duties of protecting the nation and safeguarding basic human rights. We also salute the crop of defence forces and freedom fighters who have remained loyal to the founding principles.